More than 7 million people worldwide came out on September 20, 2019 to support a global strike by high school and college students . The Students organized these events in more than 150 countries, seeking immediate and powerful action by their governments in protecting their future from devastating climate change.  More than 1000 gathered here in Pittsburgh, including the Students and their supporters.

Members of the Buddhist Society of Pittsburgh worked with Wanda Guthrie and Thaddeus Popovich of the Thomas Merton Center's EcoJustice Working Group and PA Interfaith Power & Light to  organize and lead an Interfaith Gathering and Peace Walk.  About 50 members of this ad hoc, collective Interfaith Community gathered at Trinity Episcopal Cathedral, ahead of the Student Strike, to ground ourselves in prayer, meditation and a unifying presence of peace.  A bow of gratitude to Trinity Cathedral for hosting this group.

The gathering was Welcomed  by Thaddeus Popovich of St. Brendan's Episcopal Church and George Hoguet of Thich Nhat Hanh's Order of Interbeing & Laughing Rivers Sangha.   Fr. Michael Foley,  pastor of Church of the Redeemer, and Reverend Kotoku & Colleen Crivello of the Zen Center of Pittsburgh helped bring the attendees into a deep presence of peace and solidity based in Scripture and Dharma teachings. Patricia Redshaw, and Natalie Neal, both members of the Order of Interbeing and Laughing Rivers Sangha, then helped instruct and lead the gathering in Walking Meditation as a powerful practice of being peace. Dharmacharya Adam Lobel and other other members from Shambala and also Olmo Ling were also there. Patricia Redshaw and Natalie Neal then led the 15-minute Peace Walk from Trinity to City Hall, where the Interfaith Community met and supported the Students, offering silent meditation and much Metta energy.  _(l)_

A big Thank You to all who contributed photos, especially Kirsi Jansa, a member of Shambala and the Buddhists of Extinction Rebellion.   Click on photos to view full perspective. 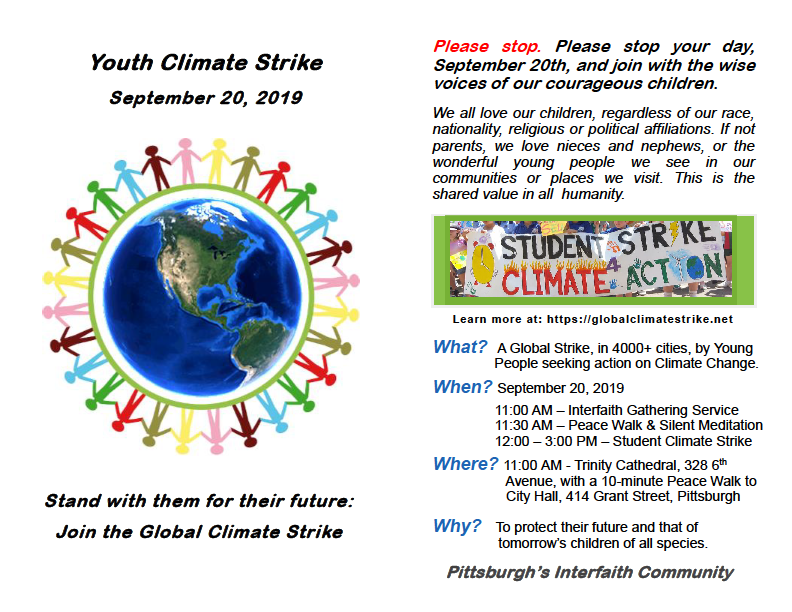 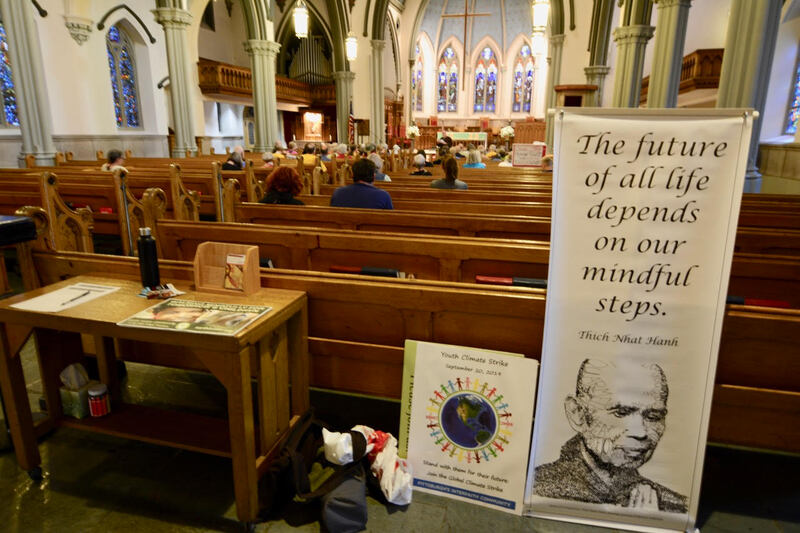 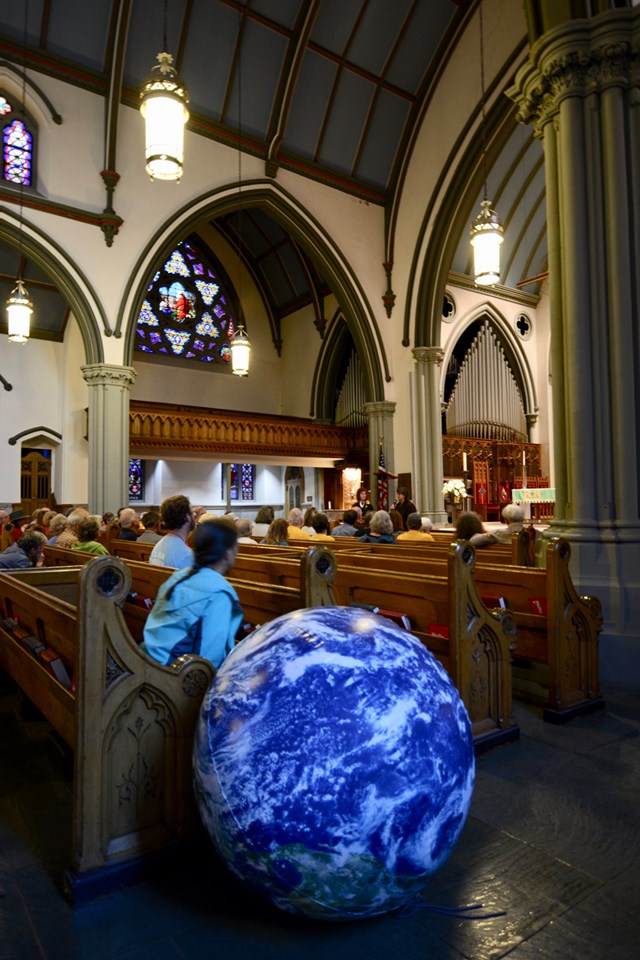 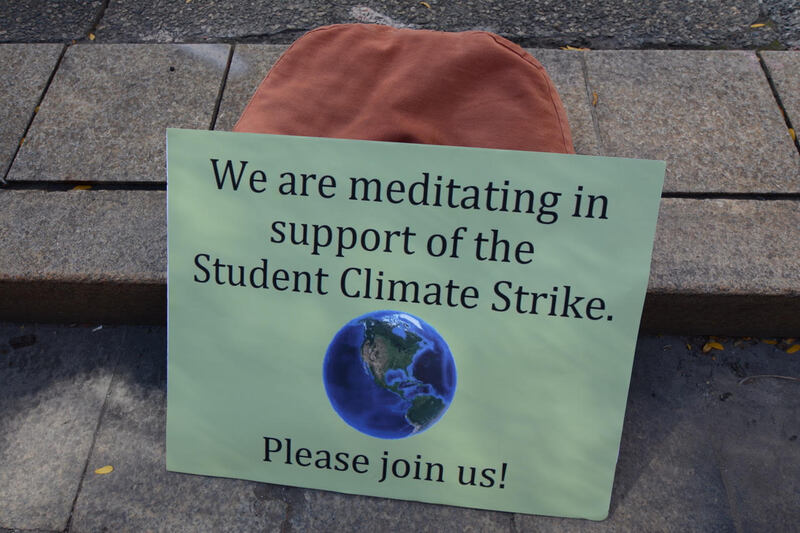 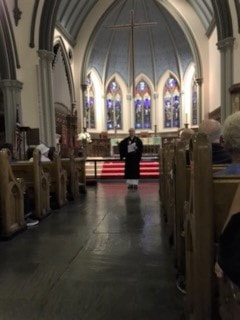 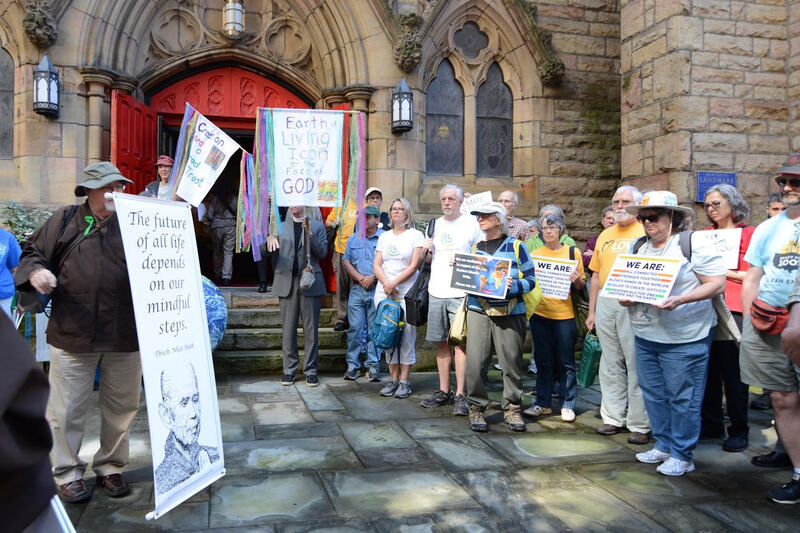 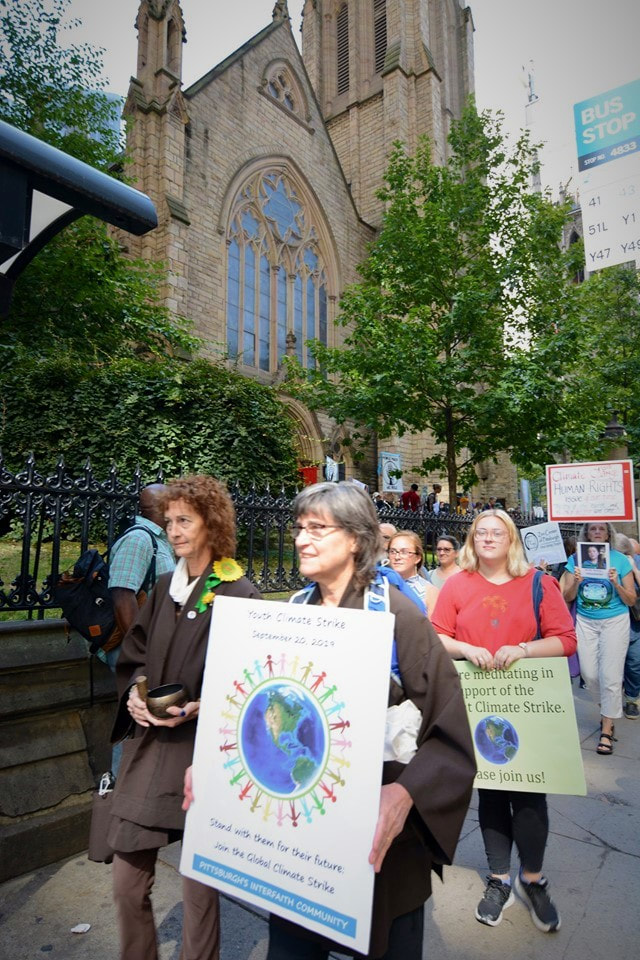 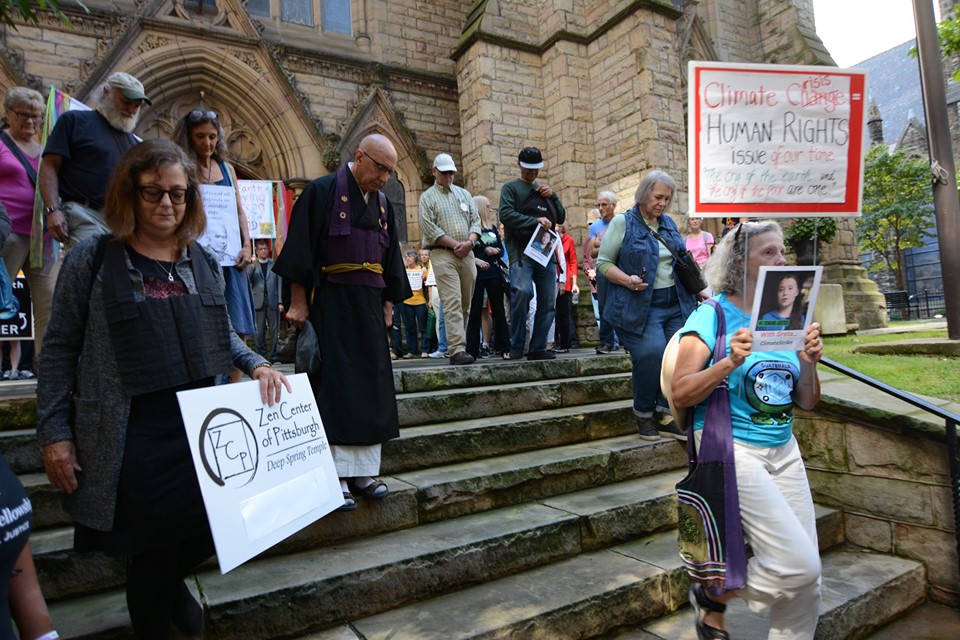 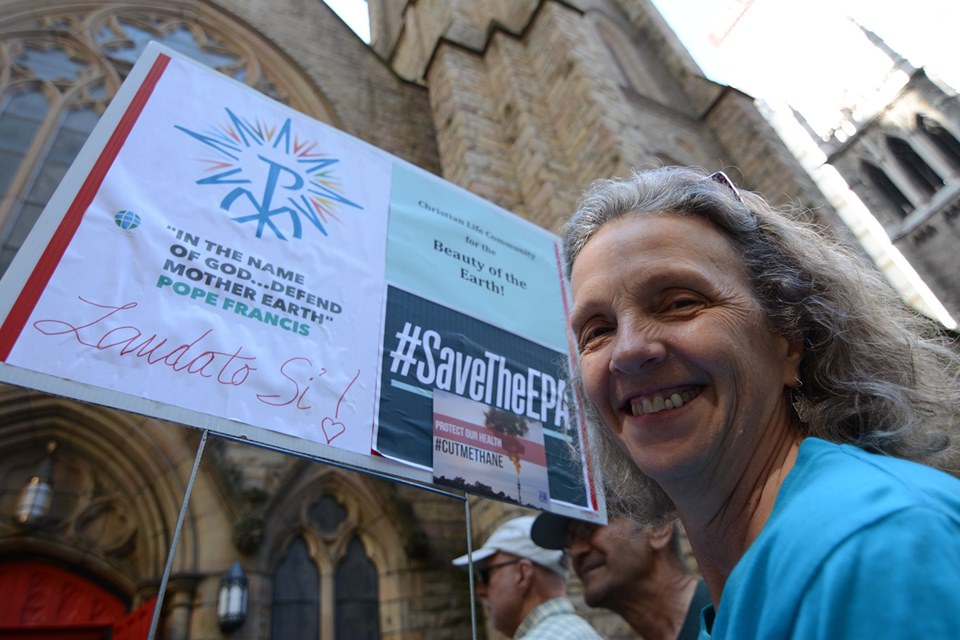 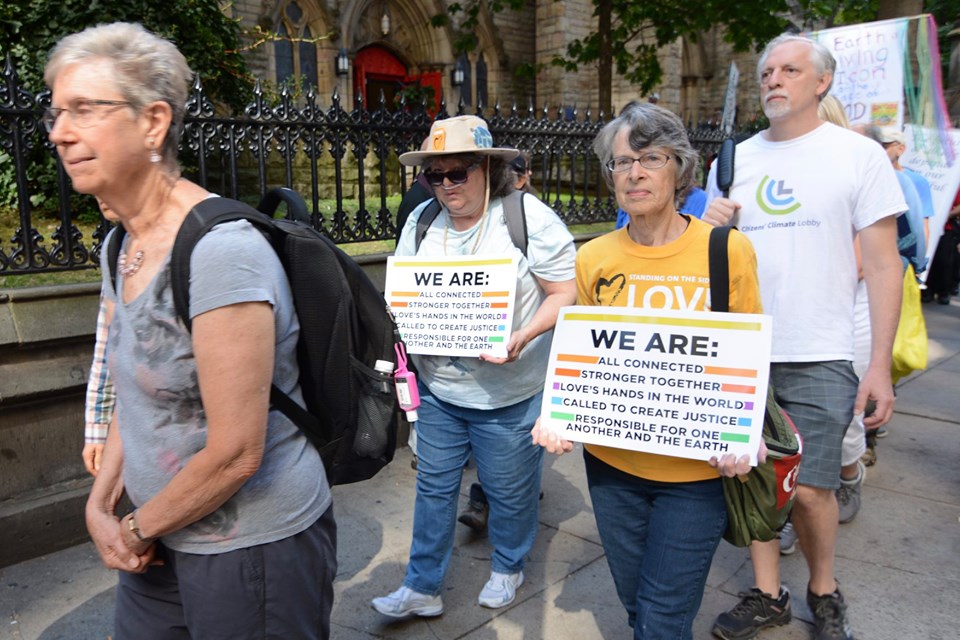 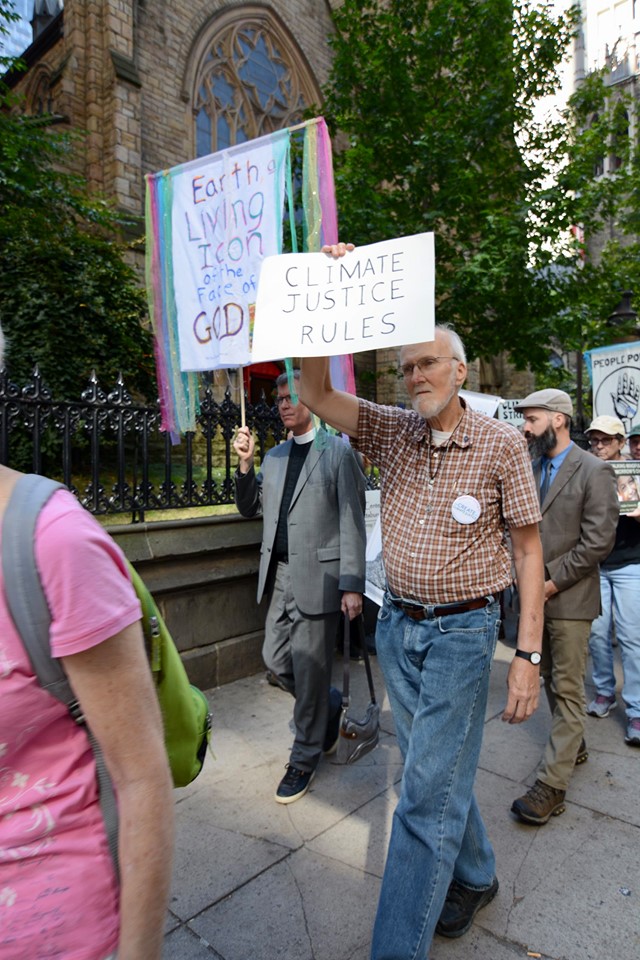 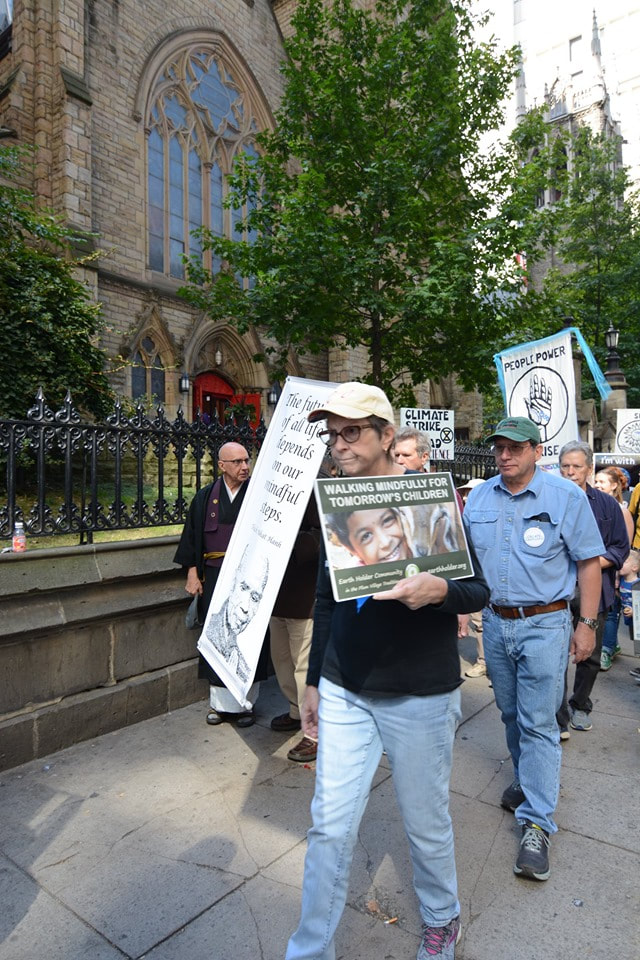 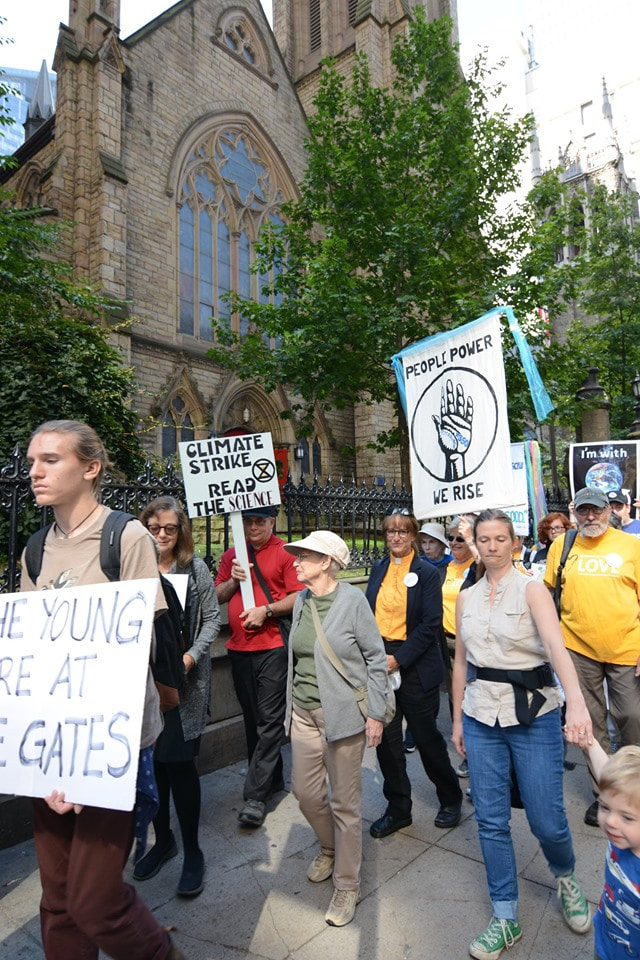 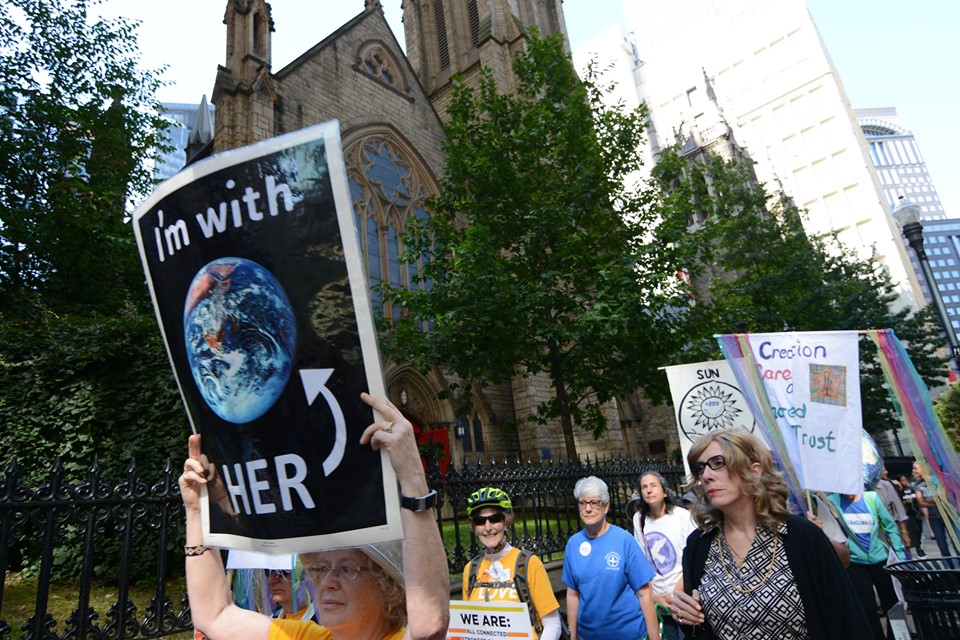 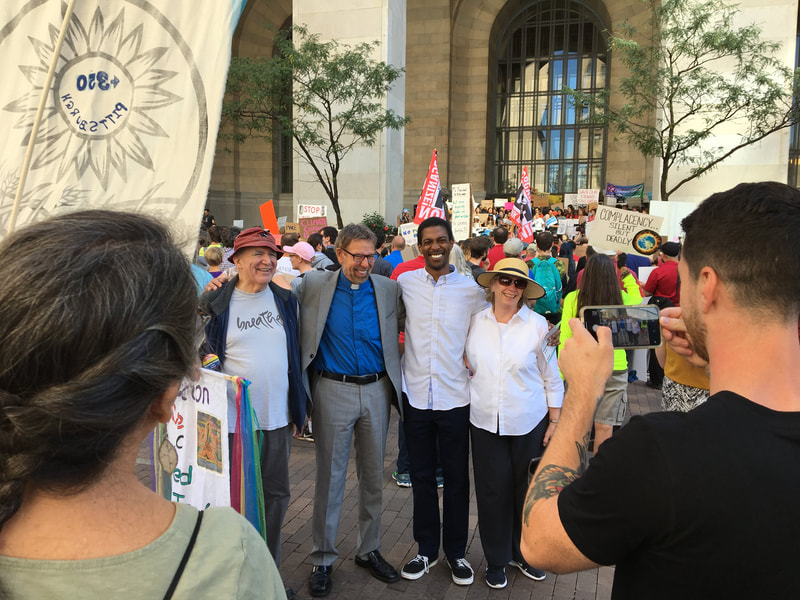 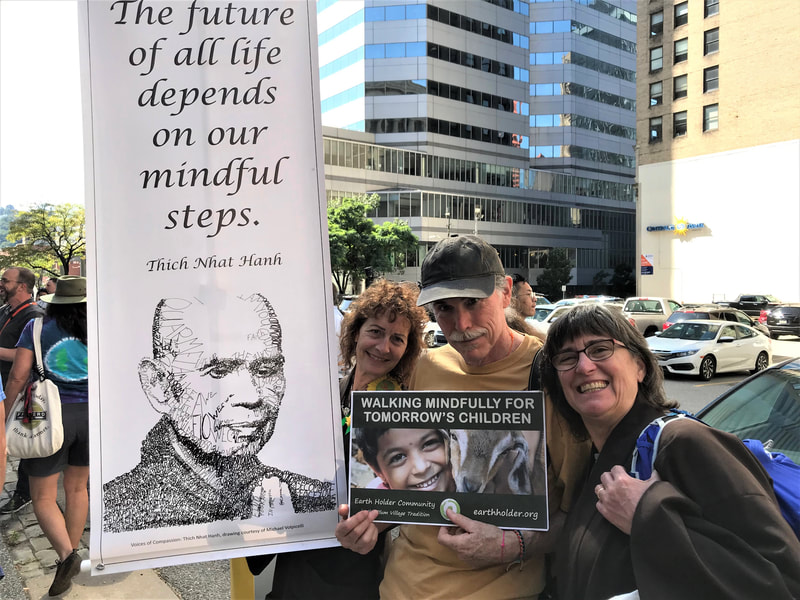 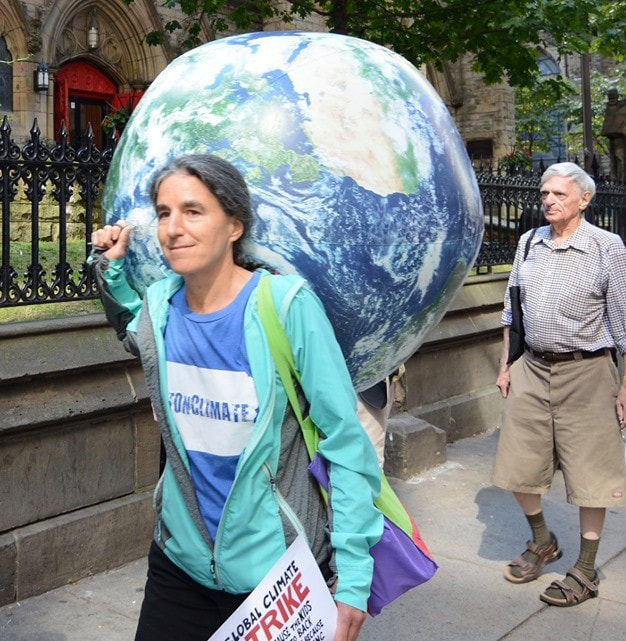 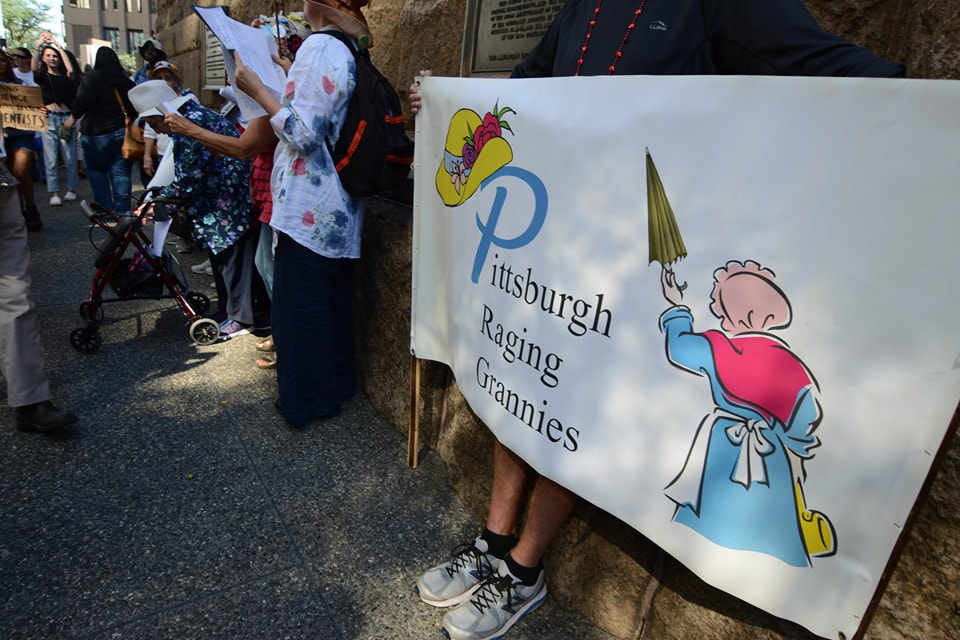 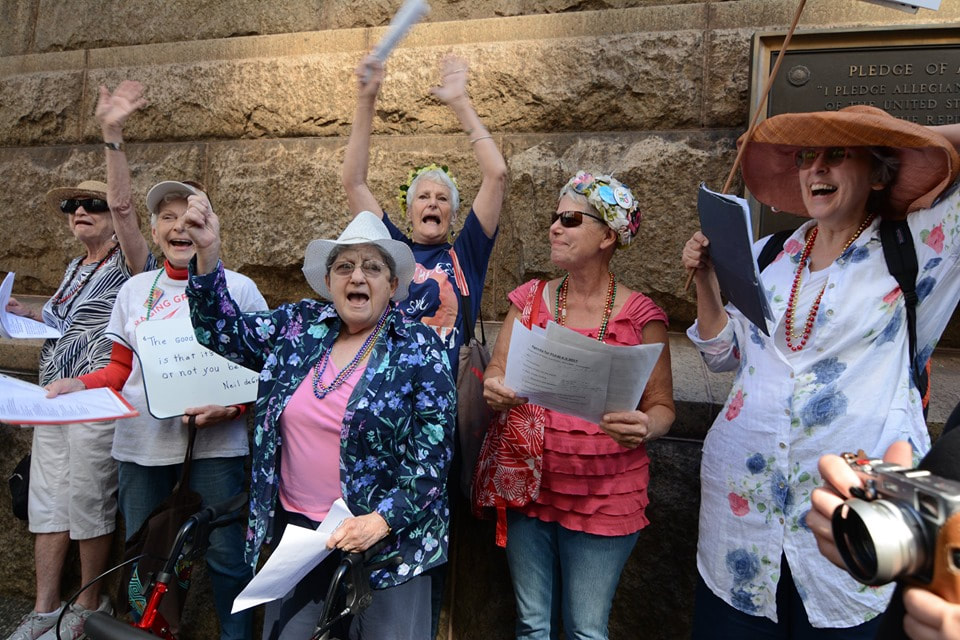 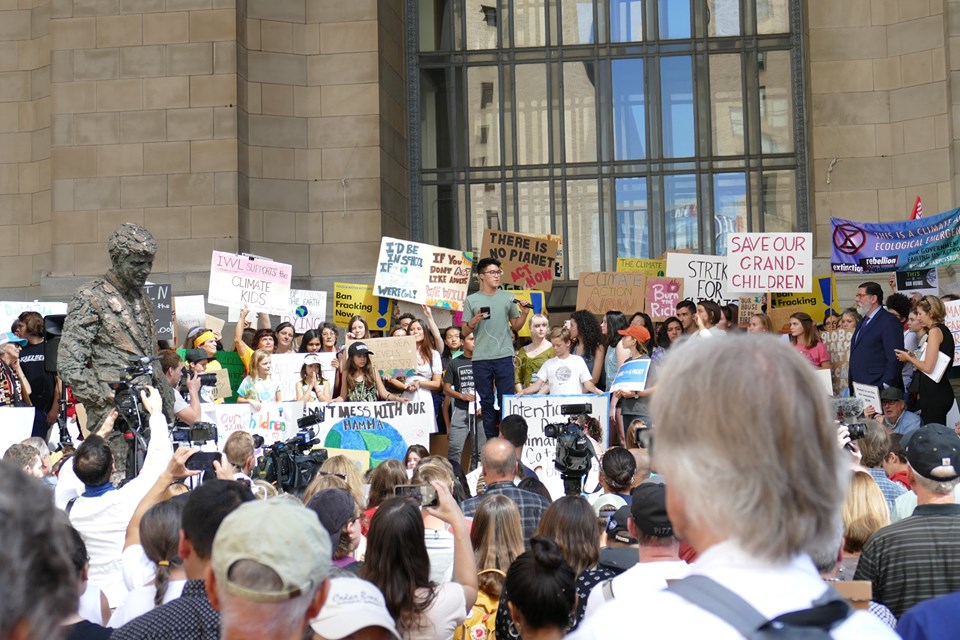 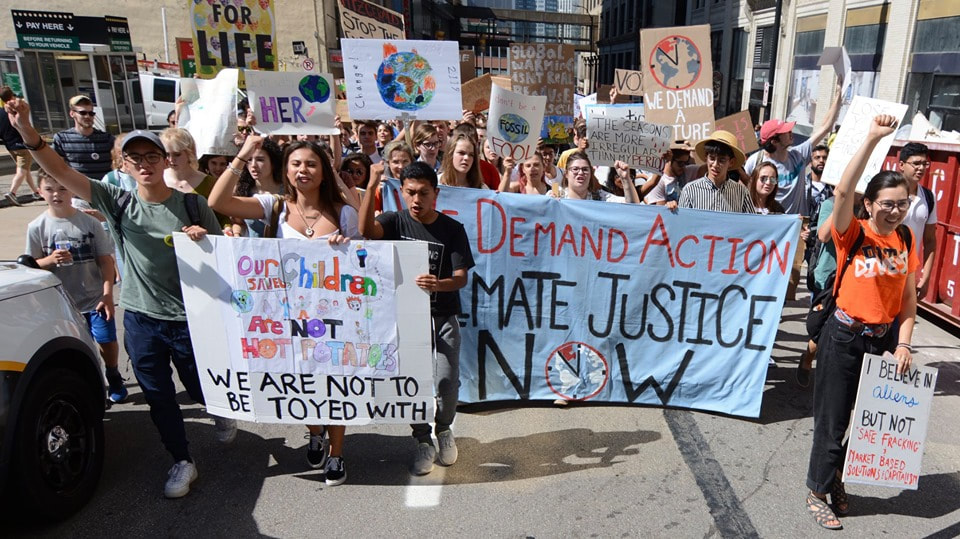 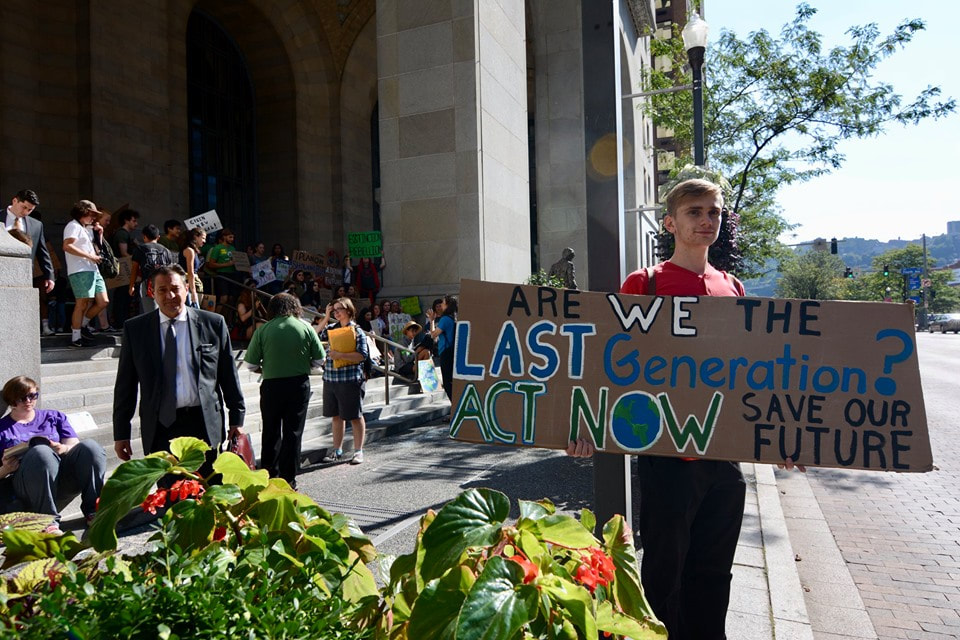 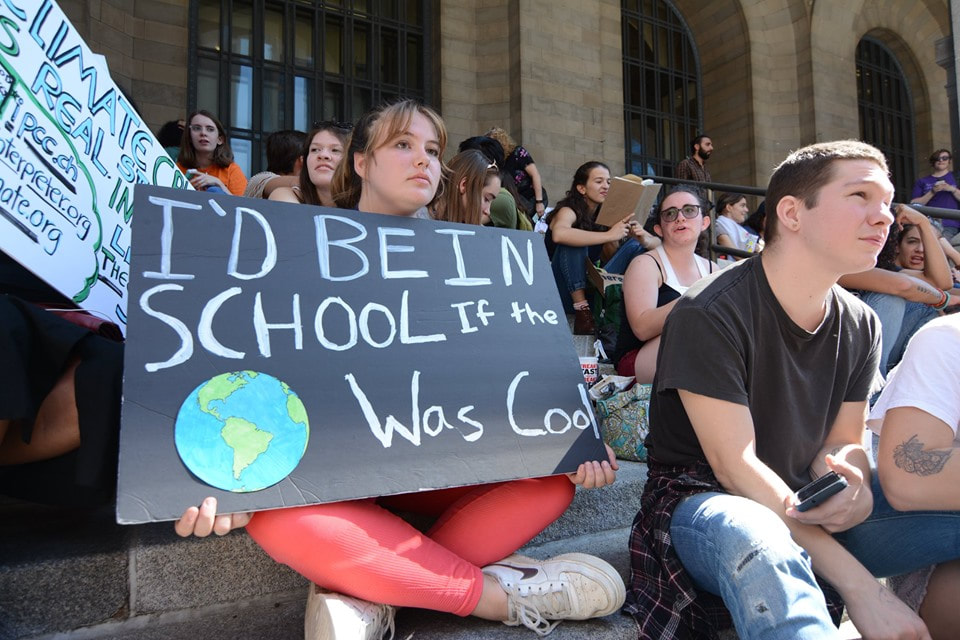 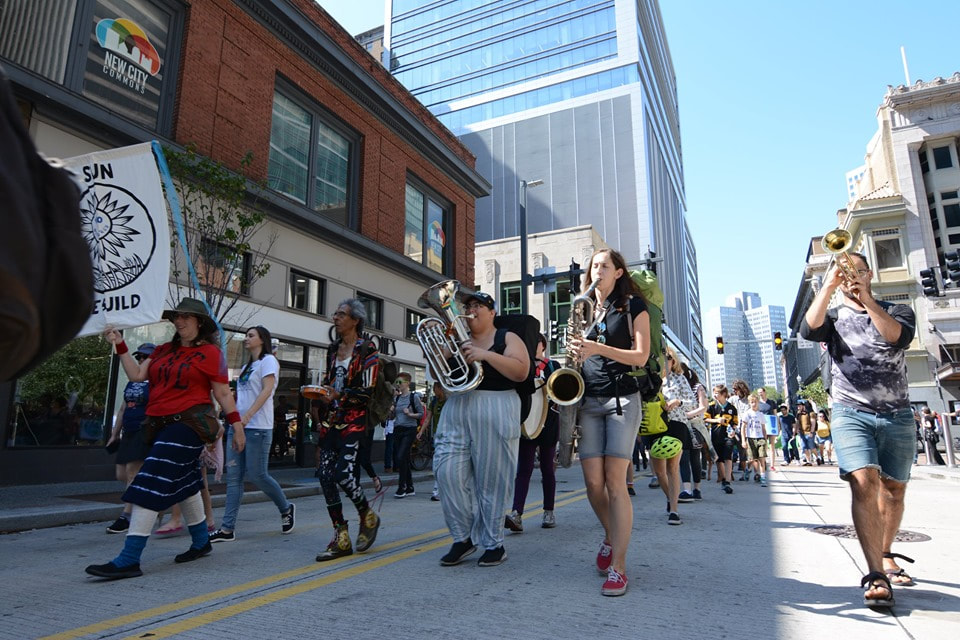 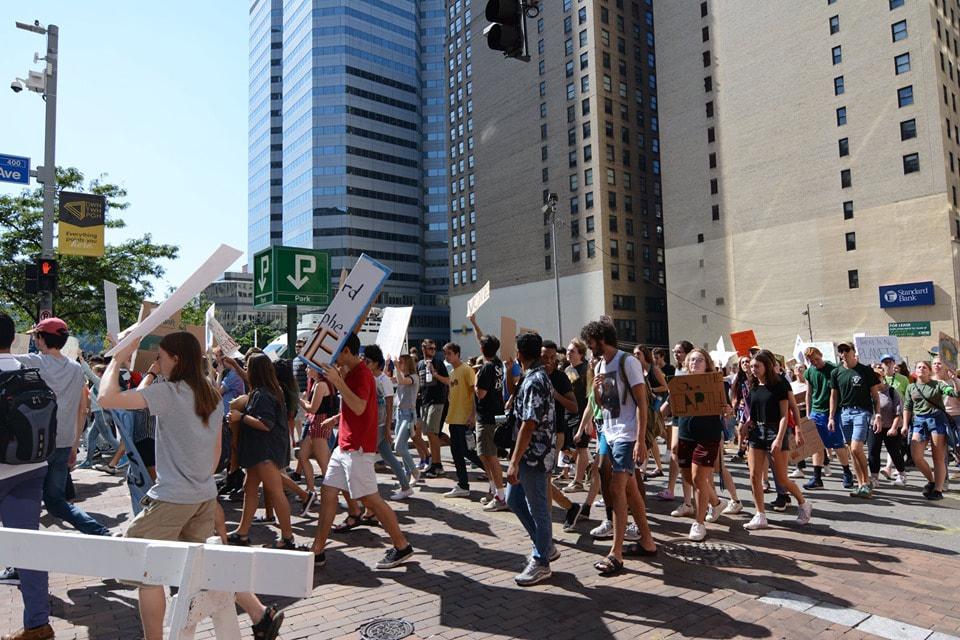 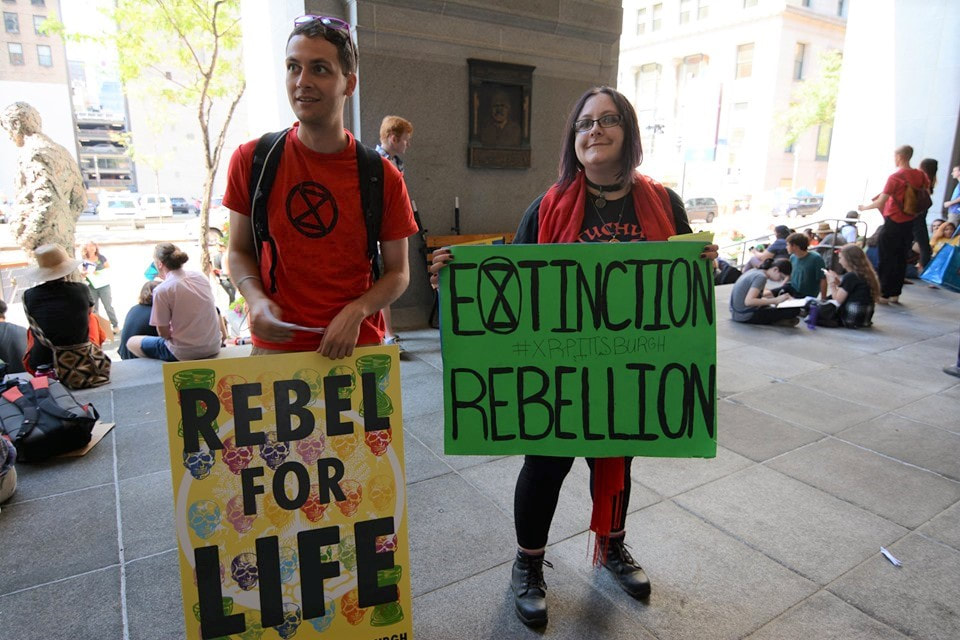